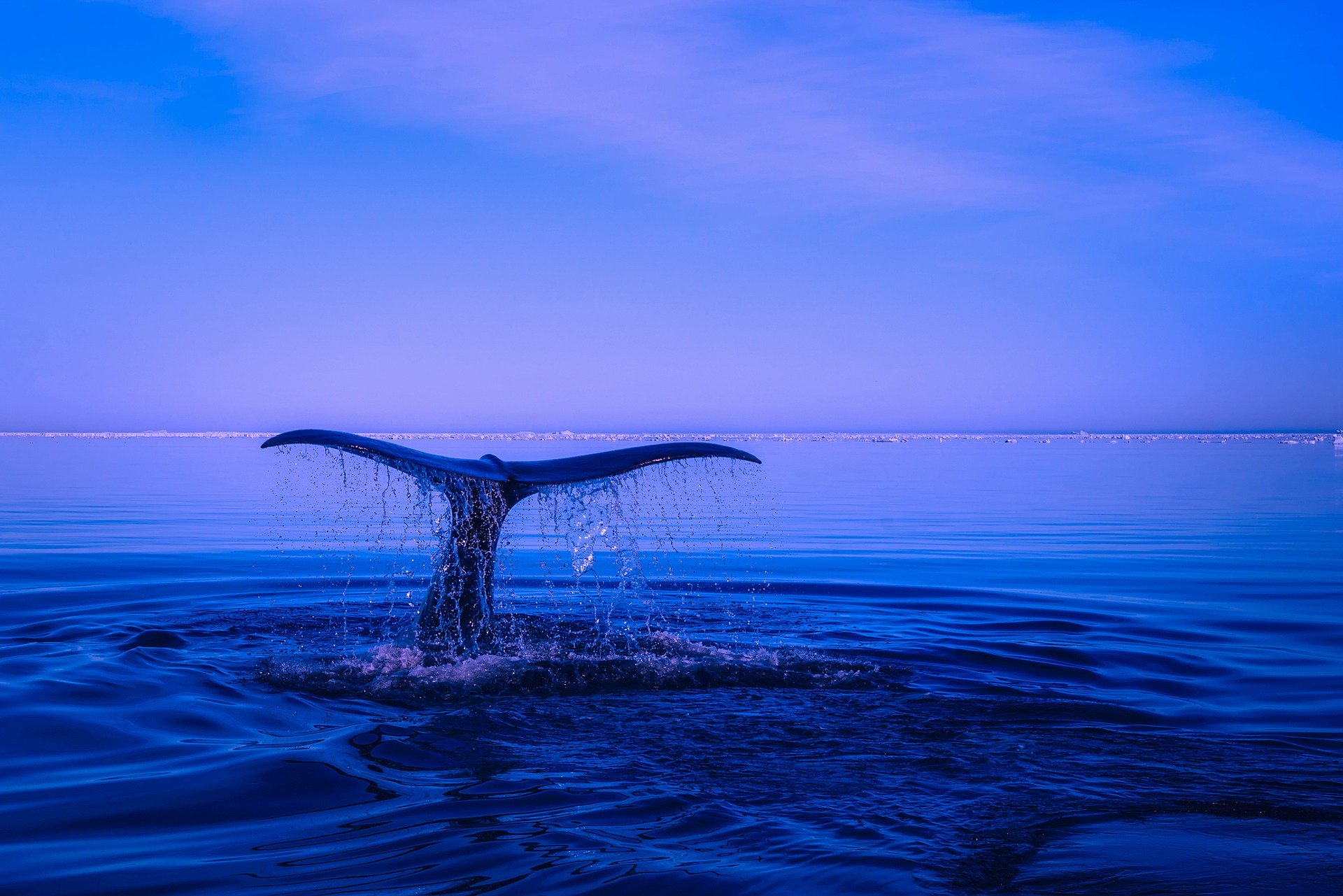 Sea Shepherd Conservation Society is an international non-profit organisation that aims to conserve and protect biodiversity, ocean ecosystems and species and to expose illegal activities on the high seas. The numerous campaigns worldwide have spread awareness and promoted non-violent direct action against poachers, overfishing and environmental waste for the past 40 years. We spoke with Alex, the Sea Shepherd Country Director for Ireland and spokesman of the Stop Finning Campaign.

Hi Alex, tell me about yourself and your role at Sea Shepherd.

My name is Alex Neubauer; I became interested in Sea Shepherd around 10 years ago. I found out how Sea Shepherd was saving whales and defending them from hunters while also protecting the international whale sanctuary.

One day I found out that there was no Sea Shepherd in Ireland. There is one in Northern Ireland but that is within the UK. I really felt the need to do something for the planet, to change something. People said to me it was a drop on a hot stone and I said that if there are thousands of drops, it can make the difference. I don’t want to be responsible for our future generation to suffer for our mistakes.

So I got in contact with somebody from Sea Shepherd Global. A few month later this person contacted me and told me there was another preson who contacted them. That was the time I met Selina. We done a few brainstorming sessions. We set up a meeting with the CEO who said to us “Go for it!”. Selina opened already a Facebook supporter group for Ireland. Now I’m one of the Country Director and part of the management with two other people.

When did Sea Shepherd Conservation Society start and why?

Sea Shepherd was founded by Paul Watson, who was also a co-founder of GreenPeace. Paul Watson wanted to save the whales without any use of violence but only with direct action. He went to Iceland and sank the ships of whale hunters, but GreenPeace disagreed with that action saying “You can’t do that”. Watson replied “Show me one whale in the ocean that said ‘You can’t do that’”. There was never a person hurt whatsoever from those actions but the result was that the Japanese whaling fleet who was hunting in the International whale sanctury, went after years of direct action bankrupt and cant return.

He started Sea Shepherd in 1977 and brought up a brilliant analogy: we’re living on a Spaceship, Earth, flying to space. This spaceship has a crew that is all the animals, the land, the ocean. We are only passengers and we have started killing the crew and in about 50-60 years, scientists say, this machine full of life will not function any longer. It is estimated that 40% of the fish we eat comes from illegal, unreported and unregulated fishing. The ocean provides 50% of the oxygen we breathe, that means that every second breath you take comes out of the ocean. If the ocean dies, we die.

What are the active branches and projects?

There are 12 ships in the ocean at the moment and Sea Shepherd have the biggest privately owned fleet in the world. We have a partnership with different governments like Peru, Costa Rica, Ecuador and Mexico and some states of Africa seizing poachers and having a deterrent effect since 2000.

In Gabon we work with their local government to protect the waters and wildlife. In Gabon they arrested 50 illegal fishing ships but this type of action works only when there is a government partnership with Sea Shepherd.

Two ships are in the Gulf of Mexico to protect the vaquita, a species that is becoming extinct; there are a maximum of 20 vaquitas alive today. One ship is in the Bay of Biscay in France to document dolphin catches in that area. While the government is saying that this is not true, Sea Shepherd is documenting, videotaping with a camera and bringing evidence.

We have the Operation Bloody Fjords in Faroe Islands where pilot whales are killed brutally. Although they are not healthy for human consumption due to high levels of mercury, whaling is still not forbidden because it is considered a tradition in those territories.

In Italy, there are two ships around Sicily for the Operation Siracusa. We help local officials protect and defend endangered sea urchins  and dusky groupers from poachers.

In the UK, there is a project focused on collecting nets lost at sea. This netting trash will be reduced and recycled. In our online shop, you can find the swimming clothes created by these recycled fishing nets.

There are local groups responsible for beach clean-up. Right now, with the pandemic, this project has temporarily stopped but will restart as soon as possible.

What are the Sea Shepherd key values?

In doing so, Sea Shepherd embraced veganism in the sense that all our boats are vegan. You don’t have to be vegan to join Sea Shepherd, but the food is all plant-based on the boat.

We have how biodiversity is vital and that everything is connected. If the bees die, we die. Paul Watson said something very provocative but true: a worm is worth more than a human being since the worm can live without humanity but humanity can’t live without worms.

What is The Stop Finning Campaign?

Let’s start from the beginning. In Asia, there is a famous dish called shark fin soup. It is a very expensive dish (around $100 per dish) and it is a privilege for a few. To clarify: the shark fins don’t have any nutritional value and are tasteless.

The brutality is that sharks are caught and their fins are cut off. The shark is not dead but is released back into the water. The shark sinks to the bottom of the ocean and suffocates. 140 sharks are killed every minute for their fins.

In Europe, you can’t catch sharks for their fins, it’s not allowed. If you catch a shark, you have to bring it to the warehouse. Yet, the EU is among the biggest exporters of fins and a major transit hub for the global fin trade.

The Stop Finning Campaign aims to end the trade of fins in the EU other than if naturally attached to the animal’s body. It’s not a petition, it’s to propose a concrete legislative change to the European Commission and we are trying to get votes together. We need around one million votes to protect sharks and the biodiversity of the ocean and we only have until October 2021.

How do you think young people can be more engaged in the topic of the environment?

Educating people, especially young people, to save the world is the best way to create a commitment. We have to start speaking about the environment when people are very young. Every year 400 truck loads of plastics end up in the ocean, we’re killing our planet and ourselves. Microplastics have been found in the human placenta recently. And a study shows that plastic was found in plankton, so at the start in the food chain.

Sea Shepherd in the UK and in Italy have included on their websites some free materials that teachers can download. Here in Ireland, we hope to start a project soon to teach children and teenagers in schools.

What are the other projects in Ireland?

There is a gentleman in Dingle, Peter Lawless, who in August 2021 is sailing only with a compass and carts. He will be the first Irish person to sail around the world and will fly the Sea Shepherd flag on the boat.

Currently, an intern is sailing and taking the temperatures of the ocean working together with Galway University to focus on the global climate system. We are hoping to starton some weekends and establishing contact with Wicklow County council who will provide us with trash pickers and bags to clean the beaches. We have a ideas but that is a secret at the moment.

How can a person support Sea Shepherd?

You can donate. Every Sea Shepherd Facebook page has the donate button. Every euro you spend, 93 cents go directly to the campaigns. We have many supporters, including Red Hot Chili Peppers, Aerosmith, The Smashing Pumpkins, Richard Dean Anderson and more.

Then, you can buy from the online store. All goods are good quality, organic, fair trade and contain no plastic. You can find the official book of Sea Shepherd as well.

Apart from donations, you can volunteer. We look for skilled, dedicated and passionate people. The crew is very selective and it takes up to 2 years to be called from the list. Once selected, you have to buy your flights, you don’t get paid for volunteering but you have food on the ship, a trip of a lifetime and you know you done something for saving ocean wildlife.

We have 100,000 volunteers around the globe. Everyone can start doing something for the planet like going out and collecting the plastic you find in the streets. Little things help. Also, you can start your little group and be in contact with the Sea Shepherd group in your country. Join and do something for a better future!

For example, when you go shopping for groceries, bring all the groceries home and all the plastics back to the shop. The quantity of plastics used to pack food is absolutely ridiculous and it takes thousands of years to go away. Bringing back the trash to the shop is a way to show that something must change. As soon as that trash will cost them, moneywise, something will change.

There are some states that have taken some actions; in Germany, you buy plastic bottles and you pay 50 cents for them, you bring the bottle back and you get back the 50 cents. Those will be reused or recycled and don’t end up in a landfill or in the ocean.

What are the future plans of Sea Shepherd?

Thank you, Alex, for this inspiring conversation.

The impact made by Sea Shepherd has been enormous in saving whales, dolphins and species at risk of extinction over the past 40 years.

Revitalizing biodiversity in the sea is a priority that should be taken seriously by each and every one of us. Saving our ocean means saving ourselves. Everyone can do something and if not you, who and if not now, when?