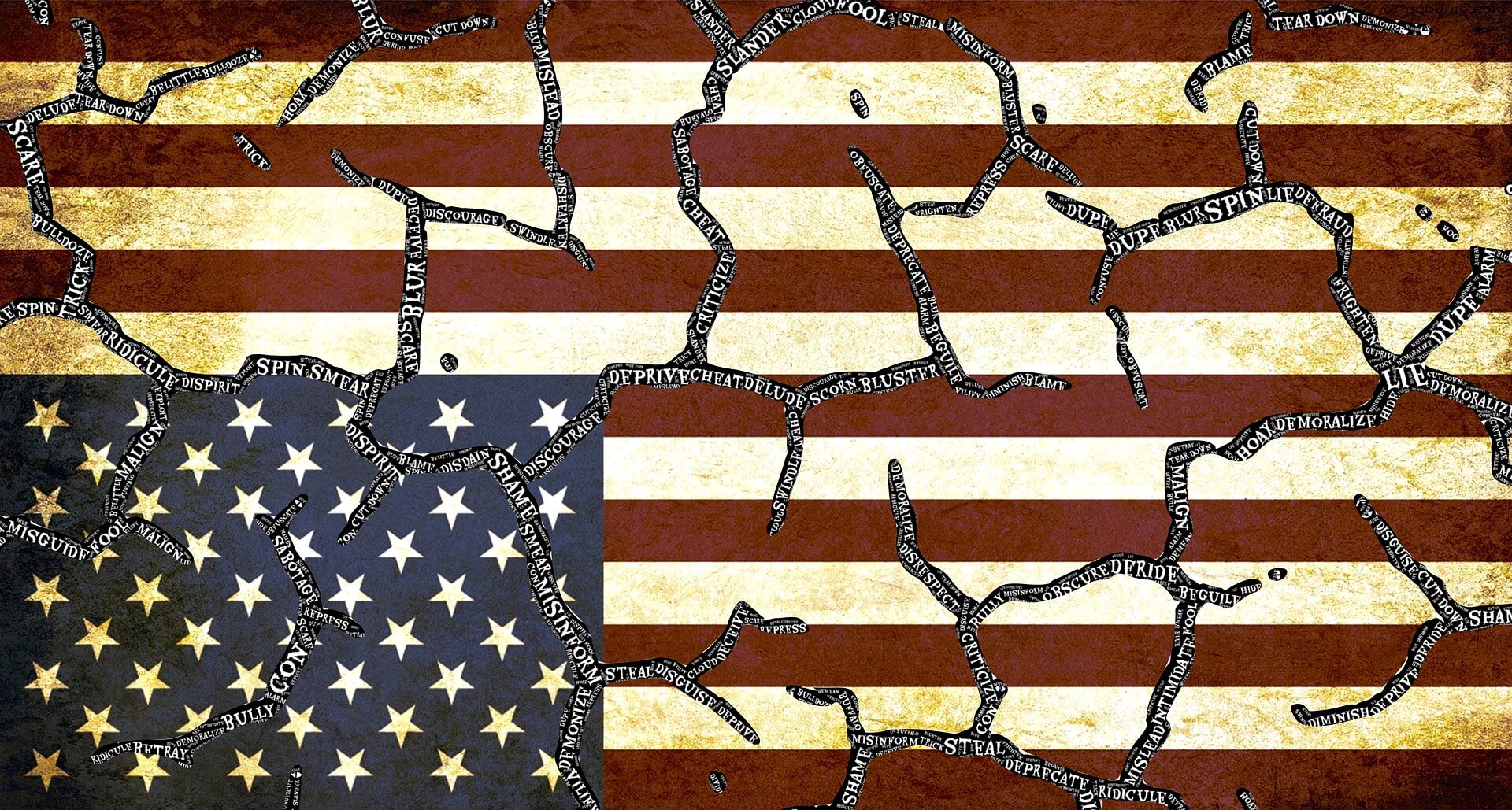 White Privilege in the US – the Capitol Riots

The attempt by Donald Trump and his supporters to overthrow the Presidential election result on Wednesday was not only an attack on democracy but also highlighted the overt racism that has been characteristic of his four years in office.

The disparity between the Black Lives Matter (BLM) protests of 2020 and the insurrectionist mob which violently forced its way into the Capitol is a clear representation of the two Americas; one, which is subject to routine discrimination and racist, violent attacks by police, and a second, which uses its White privilege to enact such attacks without fear of prosecution.

A picture from June 2020, which has been widely circulated on social media platforms in recent days, shows members of the DC National Guard standing on the steps of the Capitol building as BLM demonstrators protested peacefully below. In stark contrast, scenes from January 6 show the Capitol swarmed by mostly White male rioters, with few security officials in sight. Many have pointed out that had the rioters been Black, there would have been little hesitation by police to open fire.

Questions are being asked as to how the pro-Trump mob was so easily able to enter the Capitol; the reality is that Trump (who was watching events unfold from the safety of the White House) was reluctant to send in troops to disband his supporters. At last year’s June demonstration, the situation had been the complete opposite, with Trump ordering over 5000 security officials to clear the way for him, using teargas, batons and horses. On Wednesday, only 115 guardsmen were on duty when the mob descended, despite warnings of violence ahead of the time.

Not only were there few security officials, it appears that many of them were in fact at times assisting the rioters. Images and videos show how guards outside the Capitol pulled aside metal barriers, allowing the rioters to enter, while others helped those who had been teargassed by washing their eyes with water. It is clear that many of the guards present were indeed Trump supporters themselves and sided with the mob that was made of a mishmash of groups, from the extreme far-right to more moderate conservatives.

President-elect Joe Biden was quick to make the comparison between 2020’s peaceful protests and the pro-Trump riots of Wednesday, saying of the latter, “Don’t dare call them protesters. They were a riotous mob, insurrectionists, domestic terrorists.” He went on to say, “No one can tell me that if it had been a group of Black Lives Matter protesting yesterday, they wouldn’t have been treated very, very differently from the mob of thugs that stormed the Capitol,”.

The grim reality of the riots is that, as Timothy Snyder, a professor of history at Yale University, puts it, “This has everything to do with race, from top to bottom”. He makes the point that the lie Trump has been making since the November elections that he won the Presidency is “based on the equivalence of black voting with fraud. When they say fraud, what they mean is people of colour voting.”

Similarly, Senator Ted Cruz’s attempt to invoke the 1877 Compromise points to the racism inherent to Trump and his supporters. The Compromise established the infamous Jim Crow Laws, re-enslaved African Americans in the South and led to the voter suppression which is still rampant today.

Trump’s links with White Supremacy are nothing new. Throughout his lifetime he has repeatedly stoked the flames of racism and hatred. Yet, on the day that he attempted a violent coup, there was also good news as Georgia elected its first-ever African American Democratic Senator.

The events of Wednesday shocked onlookers not only in the US but worldwide because of what they signified for democracy. Words such as “coup”, “riot” and “insurrection” are not ones naturally associated with the world’s oldest democracy, yet, such violence seems to many a fitting conclusion to Trump’s presidency.

However, while Trump’s days in the White House may be numbered (even more so if lawmakers succeed in impeaching him for a second time), the era of Trumpism does not appear to be ending any time soon. As former presidential candidate Hillary Clinton said in a tweet on the day of the riots, “Democracy is fragile. Our leaders must live up to their responsibility to protect it.”

As some commentators have pointed out, despite being severely shaken, lawmakers returned to the Senate chamber to certify Biden’s presidential victory and US democracy was upheld. The rioters attempted to do away with democratic elections and norms, yet, ultimately they failed. Citizens of countries where authoritarianism is not simply a threat but a reality will be the unfortunate victims of 6 January.

Biden has sworn to unite America but he has an uphill battle ahead of him. The divide between the two Americas has never been more apparent and one of Biden’s first tasks as President will be to ensure he is recognised as the legitimate leader of the country.

He has also pledged to reform criminal justice systems in a bid to rectify the years of racial injustices which have been committed in the US. However, in a country where White supremacists who freely sport symbols of racism are able to force their way into the seat of government, while Black protesters are violently suppressed, any attempt to address racism will need to look at US society as a whole.

For now, one side of America is celebrating the Democrat’s taking of the Senate and looking forward to a (hopefully) more peaceful Presidency under Biden. It remains to be seen what will happen in four years time when Trumpism may rear its ugly head again in the form of Cruz, Hawley or any of the pro-Trump Republicans who have promoted the lie of a stolen election. The attempted coup may have set a dangerous precedent ahead of the 2024 election — one that is overtly anti-democratic. While US democracy withstood Wednesday’s attack, the cracks already apparent may continue to widen unless serious action is taken to repair them.